A cycle journey along the Romantische Strasse Main/Tauber 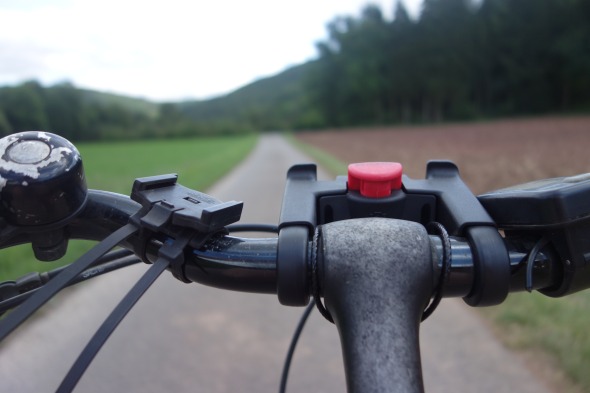 Cycling, like walking is another action where one really can feel at home; at one’s own pace, brushed by the wind, reaching the far at an animal speedy pace. This time – with my cousin Susi and her man Klaus-Dieter. We decided to go along the ‘Romantische Strasse’ along the rivers Main and Tauber from and to Veitshöchsheim a little wine growing village, where they set up their second home.

Veitshöchsheim, train, Gemünden, Main, all green, green, nice and flat, the wind brushing, Steinbach, Jo-Schorle, on, on, Erlach, Zwetschgendatschi, a massive one, my favourite, always got this for my birthday, from Mutti, hope she makes one when I come home next week, Lohr, Apples, on the path, nice, for us?, and the plums too?, up, up, to Windheim, Gasthaus, Wirt, grumpy, no food, ok, no prob, Marktheidenfeld, Laurenzimesse, Volksfest, Nick May’s dismay, beer, good, Gasthaus, rain, storm, rush in, wine, bed, up, breakfast, good, Nick too late for bill, down, river, fields, corn, green, apples too, big cloud appreciation, cumulus, Lengfurt, pretty, green, maize, flat, nice, maize, corn, where are the cows?, Homburg, Nick’s brakes break, bakery, American lady, talks, Wertheim, no fixer, but Zwetschendatschi, yum, green, on, wine, 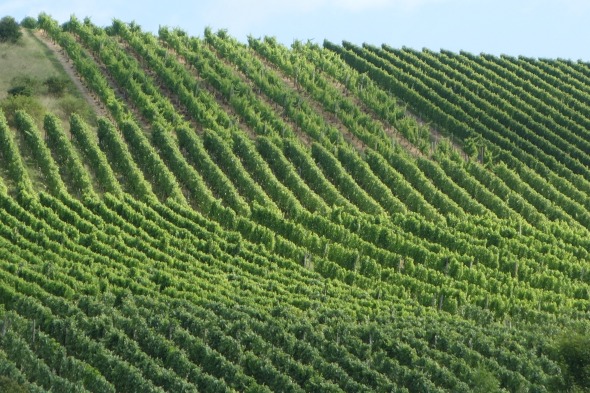 corn, on, Reicholzheim, corn, green, apples too, Bronnbach, cute, Werbach, all so pretty, Tauberbischofsheim, fix bike, EDEKA, now on the Tauber, up, down, up, down, cycle routes just perfect, you can chat next to each other, while rolling up and down, will we ever get them in Scotland?, long way away, seems like never, Lauda-Königshofen, Bad Mergentheim, Kurbad,

full of patients, Germans go here courtesy of the health service, Kurpark, orchestra, hotel, managed to pay the bill, a coup, shop a bit, bookshop, Weißbier, pizza, love pizza, wine, of course, smokers, Igersheim, green, corn fields, where are the animals?, Markelsheim, Weikersheim, so romantic, tourist buses, Japanese, 5 minutes each, till they race along the Romantic route again, all the way to Neuschwanstein, cappuccino, Schloss, 12th Century, Christian democratic think tank in it, Tauberretersheim, so many heims (homes), did they never go away, ever seen a town ending with ‘fern’?, Röttingen, pixies, caged in,

green, corn fields, so many corn fields, Susi says they are for bio mass, did not know that, not for people, the many, in the world, not for the cows, but to feed the cars, the car industry, all this green, all this lushness, did not know that?, to feed the cars, Berehren, all this green, people think bio-fuel and wind farms are green, but are they?, is the wool being pulled over our eyes by the big corporations yet again, will our children lough at us in years to come?, reminds me of the green revolution in the 70ies, Cuba, its sugarcane and special years, this is going to affect the countryside around the world, will we tell India to produce maize for biofuel?, pay more than the man in Bombay can for it?, not so romantic the thought, perhaps we need to give up the art and become eco-warriors, Alice says, but it looks nice, that’s true, I used to love maize, don’t love ugali though,

down, down, hui…, all this gravity, love gravity, Main again, Ochsenfurt, Zwetschgendatschi, back on the Main, up the platform, down the platform, Würzburg, bombed city, in March 1945, 95% of it, beer garden, along, bridge, up, steep, up, Veitshöchheim.

Thanks Susi, thanks Klaus-Dieter.
Thanks to all the wine and beer makers too.

29 Aug This entry was published on August 29, 2014 at 3:56 pm. It’s filed under Away and tagged Veitshochheim, Wuerzburg. Bookmark the permalink. Follow any comments here with the RSS feed for this post.

Older: Walking inside a Dictionary
Newer: The E4 again